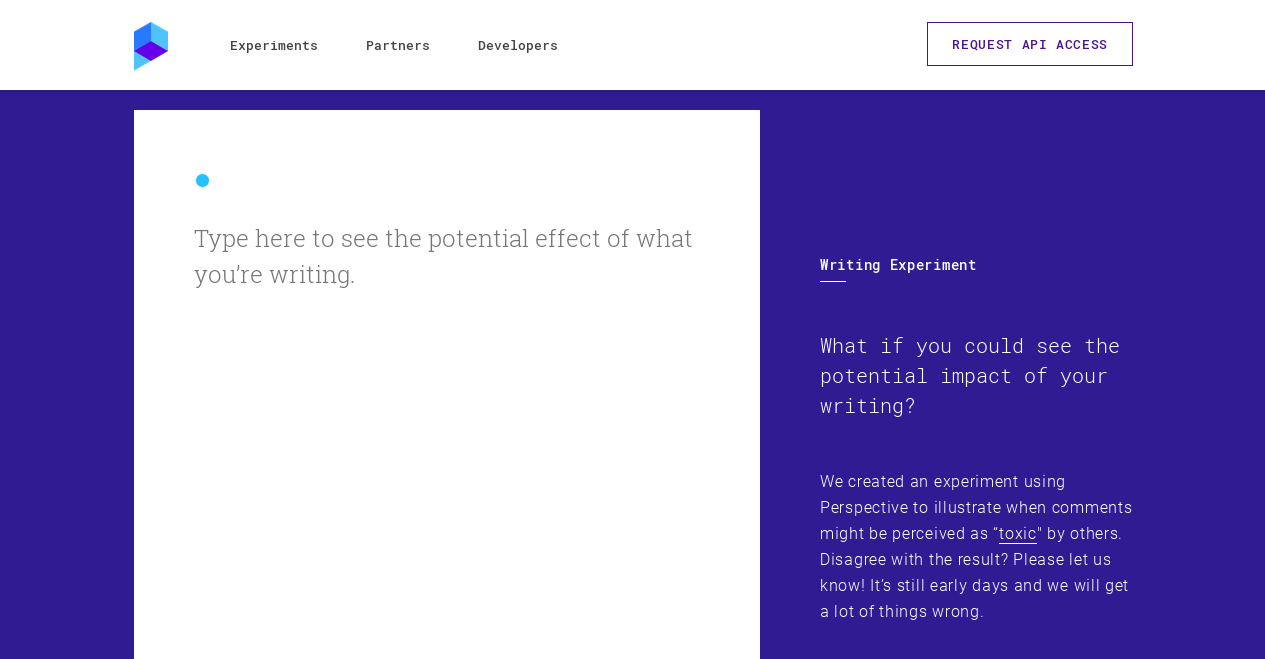 Perspective API is a machine learning tool developed by the Google-owned company Jigsaw, which aims to identify toxic messages in the comments section of various platforms. The project has worked in collaboration with Wikipedia, The New York Times, The Guardian, and The Economist.

The collaboration between Perspective API and Wikipedia lives under the name Detox. The project is based on a method that combines crowdsourcing and machine learning to analyse personal attacks at scale. Two intentions seem to be at stake: a research into harassments made in the Talk section of Wikipedia, and the creation of the largest annotated dataset for harassments.

Findings from the paper published by Jigsaw & Wikipedia:

This brings up key questions for our method and more generally for applications of machine learning to analysis of comments: who defines the truth for the property in question? How much do classifiers vary depending on who is asked? What is the subsequent impact of applying a model with unintended bias to help an online community’s discussion?

The Detox project includes a section on biases, which is published under the name "Fairness".